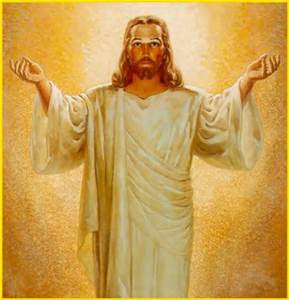 I was in sixth grade. I did not want to die, nor did I want to meet Jesus. I am not sure which I dreaded more – dying or meeting Jesus.

Even though I was raised in a strict Roman Catholic household, I found Jesus very scary.

He seemed mean and played favorites at the end of the world. I did not understand why I had to go through him to get to God. It seemed far more practical to go straight to the Source, and his Father - with his long white hair and beard, looking a lot like St. Nick in a bath robe - seemed the friendlier of the two.

As I write this, I am amazed at how when I first encountered Buddhist meditation in my thirties, it seemed like such a new concept. Prior to the discovery, I associated meditation with sitting frozen in a cross-legged position and trying to breathe naturally while seeming like you weren’t breathing at all. Meditation actually goes beyond merely focusing on the breath and involves retraining one's mind to pierce the illusory nature of our sense perceptions. Disciplined meditation leads to liberation from suffering: it leads to deep and unshakable peace and joy, even in the midst of chaos.

Raised a Roman Catholic, I was quite trained to meditate on biblical teachings, but this training hardly brought me inner peace.

While praying the rosary, Catholics are instructed to meditate on the Mysteries of the Rosary, or phases of Jesus Christ’s life, traditionally 15 mysteries in all, broken into three categories: Joyful, Luminous and Sorrowful (with a Fourth, Glorious, later added by Pope John Paul II). The Joyful Mysteries focus on Christ's miraculous birth and childhood; the Luminous on his teaching years; and the Sorrowful on his crucifixion.

In grade school, though I knew what these Mysteries were on paper, my contemplation got hung up on surface practicalities. I remember being particularly confused about the Finding of Jesus in the Temple contemplation. When Jesus was a young boy, he ran away from his parents. After days of frantically searching for their lost son, Mary and Joseph found him teaching in a temple. He received no discipline or reprimand whatsoever. I would have been spanked and grounded for two years, but Jesus received praise for doing his Father's work.

This was entirely baffling to me, as I was taught one obeyed one's parents. I concluded that thanks to his special status as THE Son of God, Jesus was spoiled and got away with anything. I marveled at what a burden it must have been to be his parents, worrying what God would think of their parenting skills. Worrying what God would think if something happened to Jesus. How does one possibly parent the son of God? And, how did Joseph feel about being a second fiddle father? Or was he considered a father at all, since he had nothing to do with Mary getting pregnant?

Obviously not, as I sat huddled with my brothers on that curling, yellow floral-patterned linoleum flooring, crying and blubbering, my clammy fingers clutching the metal ironing board legs like a life buoy - waiting for the basement windows to shatter and the entire house to lift off its foundation, just like in The Wizard of Oz.

Would it be painful? Would I black out? Would I really wake up in heaven? Or would I end up in a court of limbo having to account for my sins? Would I be punished even further?

I have no doubt my mother spewed a few Hail Mary's and even an Our Father during that dreadful hour. And I probably chimed in, being the dutiful daughter that I was. But there was no peace or comfort that any of those Catholic prayers or contemplations brought to my child's mind during that terrifying storm.

To be continued ...
Posted by MedusaGirl